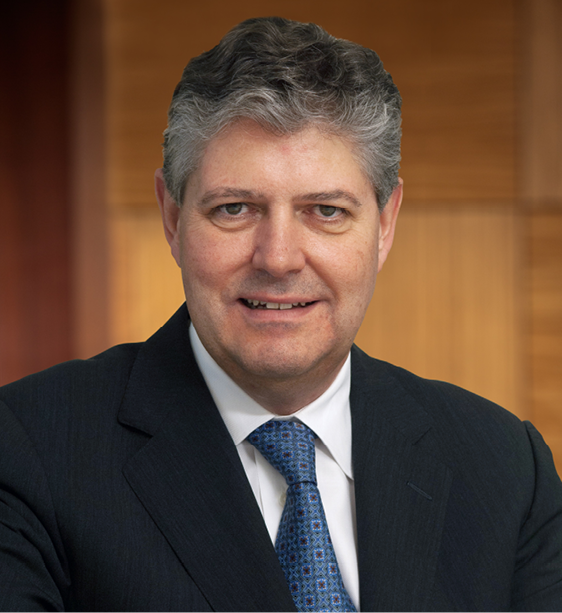 Chief Executive Officer and Chairman of the Board of Directors

Andrew G. (Andy) Inglis joined Kosmos on March 1, 2014, as chief executive officer and chairman of the board of directors. With more than 30 years of experience, he is one of the most respected upstream executives in the oil and gas industry.

"Kosmos Energy is focused on delivering affordable, secure and lower carbon energy through our world-class production assets and core developments projects in West Africa and the U.S. Gulf of Mexico. By taking a collaborative approach, we help our host countries develop their natural gas resources responsibly to support their economic progress and meet the world’s growing demand for energy."
Andrew G. Inglis Chairman of the Board and Chief Executive Officer

Mr. Inglis came to Kosmos most recently from Petrofac where he was chief executive of the Integrated Energy Services business and a member of the board of directors. Prior to Petrofac, he spent 30 years with BP, most recently as CEO of its exploration and production business. He was an executive director on the BP board between 2007 and 2010. From 2004 to 2007, he was BP executive vice president and deputy chief executive of exploration and production, with responsibility for BP's growth areas, including Azerbaijan, Angola, Algeria, Gulf of Mexico, Egypt, Trinidad, and the Asia-Pacific region. He is a former non-executive director of BAE Systems plc and TNK-BP Ltd.